We have come to the highest of Stubai’s nine mountain lakes. Lake Rinnen lies at a height of 2,648 metres, situated just beneath the mountain‘s peak. Its basin was carved out by the sheer force of the glaciers originating from the last ice age. The fact that it is still present today, after more than 10,000 years, and with an undisturbed surface (without having been overwhelmed by land deposits and other debris) is largely attributable to its location. Neither avalanches nor mudslides have succeeded in reaching its location, as has been the case with many other high-altitude mountain lakes. It spans an area of roughly 18,000 m2². Despite its enormous height and the associated living conditions, a broad array of life thrives here. Arctic char manage to eke out a meagre existence. Due to a lack of food, these fish species from the Salmonidae family remain very small, albeit highly diverse in terms of form. Amphibians such as Alpine newts seek out this aquatic oasis in what is otherwise a barren mountainous landscape. In addition to the species already mentioned, it is predominantly the larvae of various types of flies – stone flies, caddis flies and mayflies – that thrive here. At this altitude, such an occurrence is considered quite special. 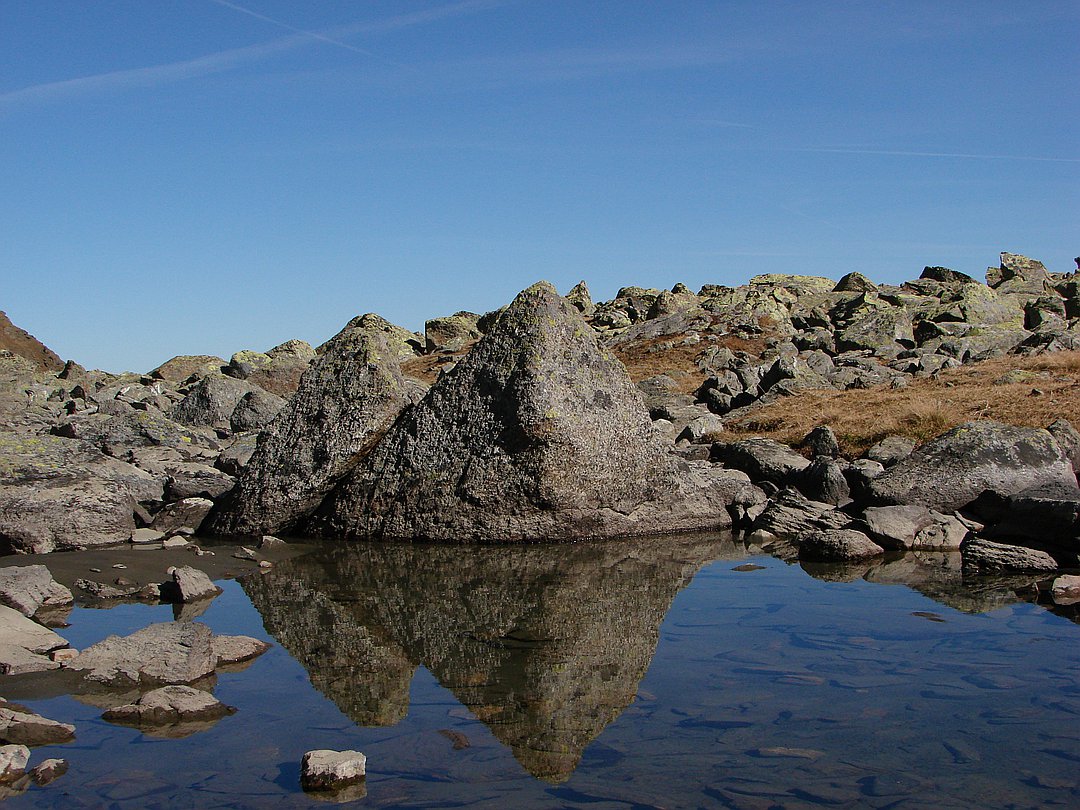