When making your way from the “Neue Regensburger Hütte” and heading in the direction of the “Dresdner Hütte”, the “Stubaier Höhenweg” trail takes you in the direction of Falbesoner See Lake. This moraine lake rests at 2,850 m above sea level and is dammed up by the moraine on the left-hand side of the “Hochmoos” glacier. The glacier’s melted snow and ice initially feeds the lake itself, then flows onward into the “Hohe Moos” (“high bogs”). Incidentally, it is still possible here to make out the cloudy glacier water as it continues its meandering flow. The basin in which the flood moor lies is significantly older than the lake itself. Its origin dates back to the last ice age when it was released by the glaciers. It was there that a lake initially formed, which then silted up over several millennia before transforming itself into a moor. Today, there is only a little remaining peat. In early summer, the wetlands are covered by dense white cotton grass – something definitely worth seeing for yourself. The traces left behind by the glaciers at every turn, with moraine walls and beautifully smooth-cut rock slabs, have come to characterise this high-altitude habitat. 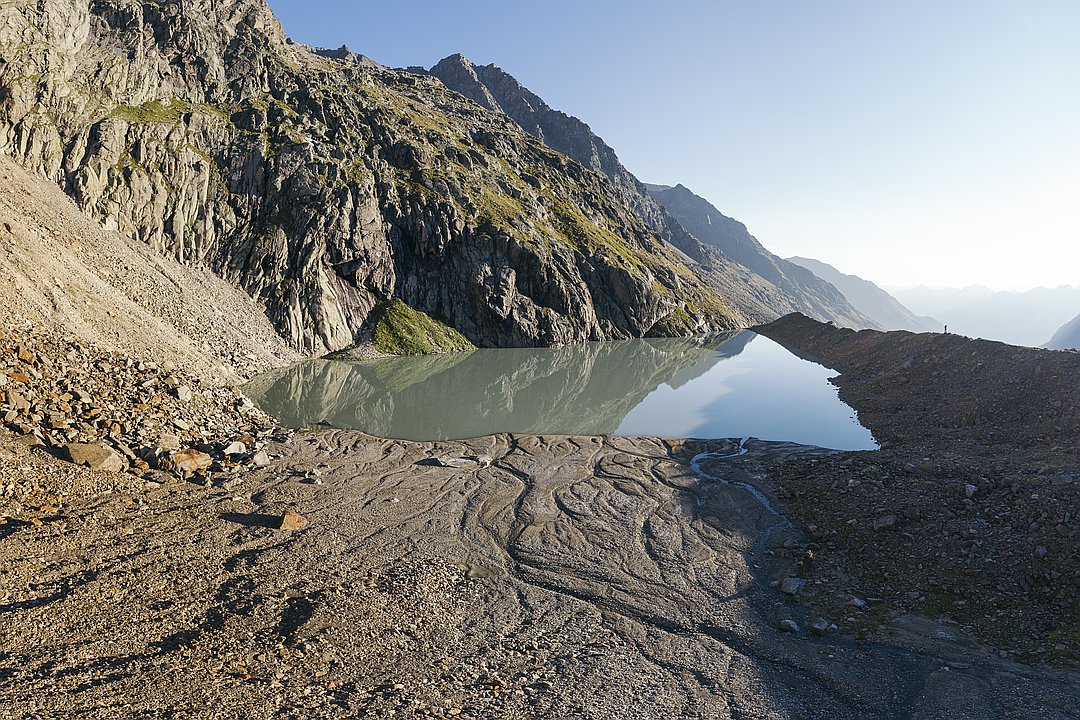