At an altitude of 2,485 m, the three most impressive 3,000-metre peaks of the Stubai Valley – the Wilder Freiger, the Wilder Pfaff and the Zuckerhütl – are reflected majestically on the surface of Lake Mutterberger. The basin which holds the lake was forged into the rocky ground below by glaciers formed many thousands of years ago. This cirque, which was sealed in place by fine sand, forms the lakebed that we know today. Lake Mutterberger is, as part of a series of smaller lakes and wetlands, the region’s largest expanse of water. It is not at risk from avalanches, and is supplied by water from underground. As a result, landmass is prevented from seeping in, and it is able to maintain its character as a lake in full. A trip eastwards brings you to the “Unterer Hölltal”, a half-silted-up lake with expansive deposits of cotton grass. Still further east is a swamp area known as the “Hoachgruaba”, which has barely any areas of open water at all. Hiking along a trail of just under one kilometre, visitors can track the evolutionary development of high mountain lakes, forged over many thousands of years and encompassing numerous forms – from open lakes to silted wetland. 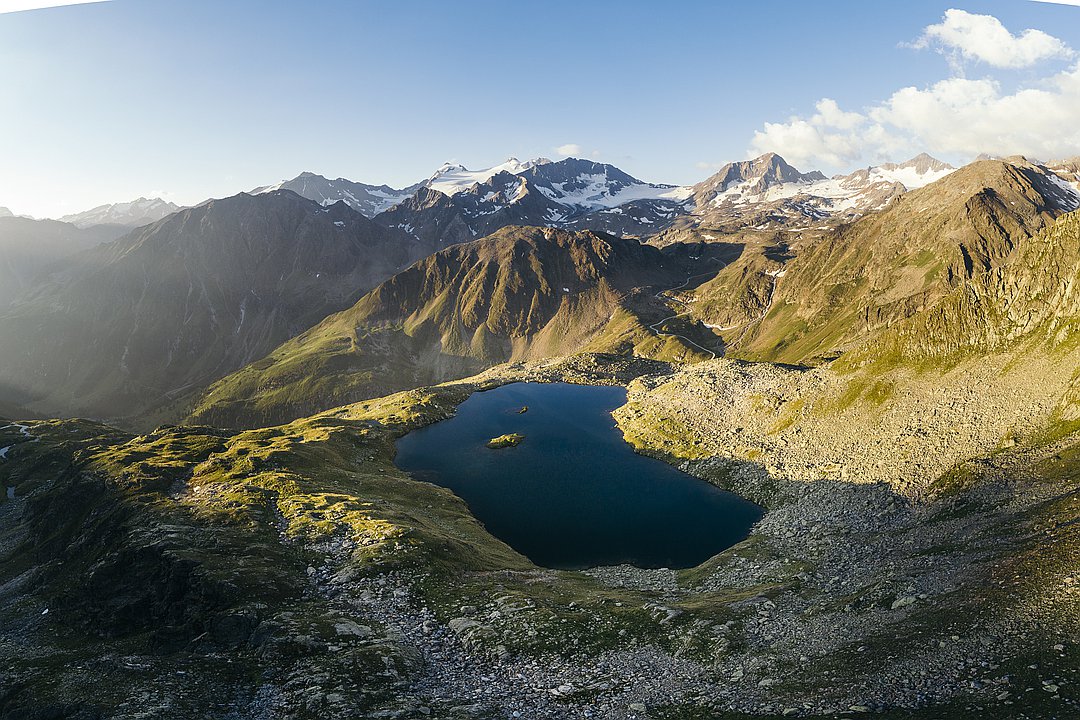