The “Blaue Lacke” lake is a relatively recent product of climate change. After the most recent ice age, the ice masses retreated. They did not, however, continue to release their grip on the terrain, given that there were repeated occurrences of glacial advances. The last major advance is believed to have happened in 1850. This theory is substantiated by the occurrence of numerous moraines in the upper mountains. And it is behind one of these moraines that today’s “Blaue Lacke” Lake formed at 2,294 metres. The captivating interplay of colour in the water depends both on its underlying surface and the amount of cloud cover, but the effect is stunning either way. This region, once dominated by huge glaciers, suffered repeated catastrophes in the valley below as a result of seismic shifts in the mass of ice. Records report, for example, that in the 1770s the “Aperer Freiger” glacier experienced a huge fracture, sending an enormous block of ice down into the lower-lying waters with tremendous force before breaking up. The resulting torrent continued its destructive path across the Sulzenau Valley, the Grawa Waterfalls and all the way to Ruetz, causing major devastation in the valley. The old inn located in Ranalt was one of many buildings to be torn away. 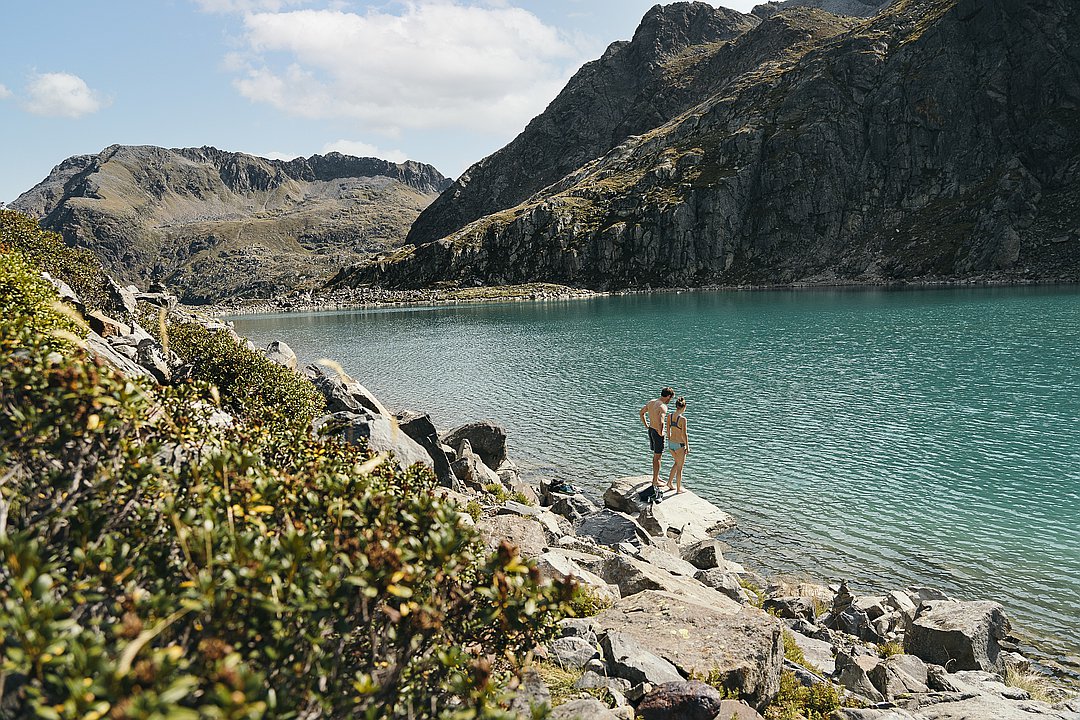