Spanning an area of almost 50,000 m², Lake Grünau is the largest of the nine mountain lakes in the Stubai Valley. Located at an altitude of 2,335 m, it is what is known as a cirque lake, the bed of which was also forged by the moraines of the Wilde-Freiger glacier. These long-deserted rock masses date all the way back to the major glacial upheavals that occurred in 1850 and 1920. The lake’s immediate surrounding area is additionally characterised by glacial rock deposits left over by a mass of ice dating back over 10,000 years. Lake Grünau was fed by the “Kleiner Grünau” glacier, which – thanks to its murky glacial mix of water and fine mineral deposits – only served to render the lake’s appearance cloudy. However, since the complete melting of the glacier, the lake’s waters have been restored to their clear and wonderful array of colours. The lake releases its water into the “Freigerbach”, a tributary of the “Sulzenaubach”, which itself flows into the “Ruetz" River situated next to the “Grawa-Alm”. One stage of the “Stubaier Höhenweg” trail runs directly along the banks of the Grünausee Lake, between Sulzenau- and Nürnberger Hütte. 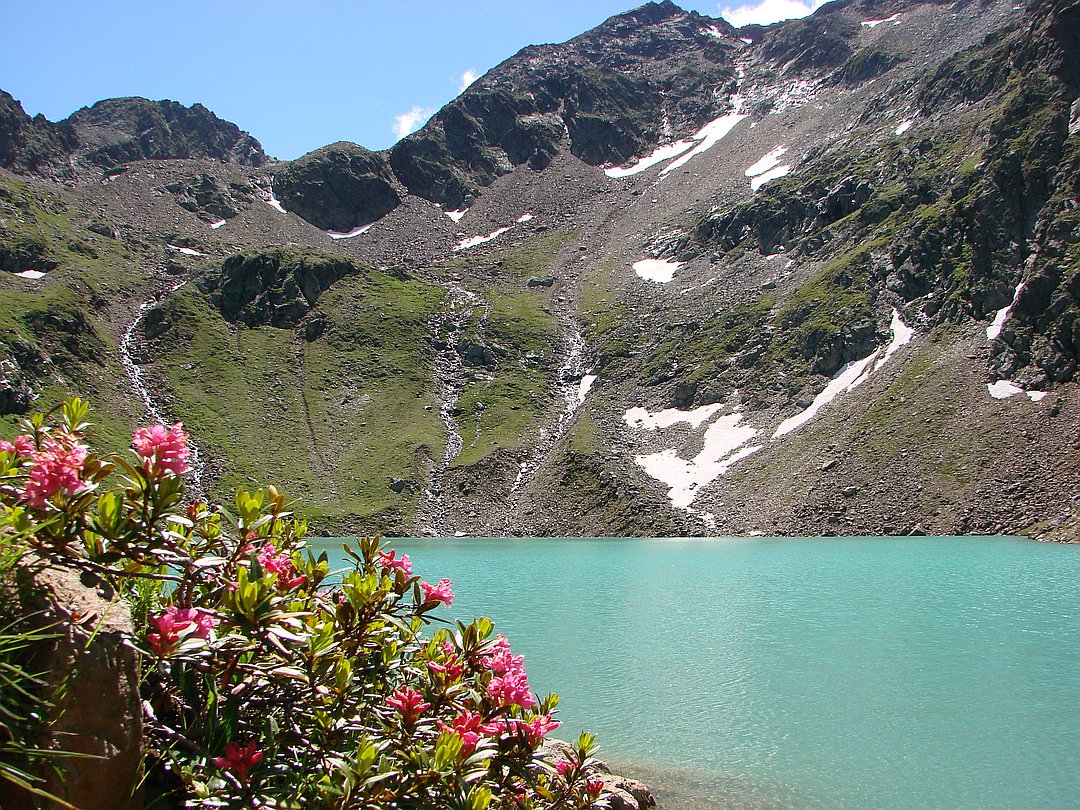